In 2009, during my first year of college, I needed to make a major decision. A decision that would change the course of my life forever.

I needed to decide what I wanted to do with my chest hair.

I am a Persian man, and like most Persian men do, I have a hairy chest.

I used to think that chest hair was a good thing. A sign of masculinity that women would find attractive.

But then as I got older and society moved into the 2010s, I realized that not only was chest hair no longer the norm, but that it was becoming something to become embarrassed about.

As I became more curious about the matter, I decided to poll people that I knew. This is often my solution when I want to know trends in society.

And to my chagrin, I realized that many women did not like chest hair.

“How could this be?” I would wonder to myself. I was surprised, but maybe I shouldn’t have been. I mean, even the new James Bond at the time, Daniel Craig, became the first James Bond in 20 years — Roger Moore was the first — not to have chest hair.

If 007 no longer had chest hair, maybe it was time to get rid of mine.

But after years of polling and gathering data, this is what I have found. To be fair, I probably only asked around 50 people, so in no way should my stats be taken as fact. This is just what I believe to be true:

About 30 percent of straight women hate chest hair, 50 percent don’t mind and about 20 percent love it.

By sophomore year, I decided that I would wax or shave my chest hair. I would be myself and see where that took me in life.

If you couldn’t tell, this is something that I have put a lot of thought into.

So that’s why after watching a Los Angeles Lakers home game against the Minnesota Timberwolves, I was surprised to see that no players on the court had chest hair.

I decided to look up why and it turns out that many NBA players wax or shave their chest if they have chest hair since it feels uncomfortable against regulation jerseys. Jerseys have small holes in them, so sometimes hairs get caught in these holes and it pulls against the body.

Not a comfortable feeling.

But were there any players who stuck it out with their chest hair?

Was there a player that stood toe-to-toe with the discomfort and said, “I am who I am” even when it caused discomfort?

After a few hours of searching (I hope no one sees “(enter name here) shirtless” or “hairiest NBA players” on my internet history) I have found a handful of men who decided to rock the chest hair while playing in the NBA.

So now, I will give the top two players with chest hair for each position and make a hairy chest starting five that would even make Sean Connery proud.

Just a heads up, this isn’t a head-to-head matchup of who was better; just who had the better chest hair. And if a player shaved/waxed his chest for a prolonged period of time, I eliminated him from contention. Also, most chest hair players were centers and I couldn’t fit them all in, so I had to push them up one position.

Without further ado, here is my all time chest hair starting five:

In a classic USA vs Canada matchup, Stockton’s chest hair pulls out the victory for the red, white and blue.

Neither men represent the chest hair community that well, but for some reason, there is a dearth of chest hair in the shooting guard position. Heck, I even had to bump Delly down a position to have a proper matchup. It’s a close call, but I have to give this one to Harden. I thought hard about this, and I know it will invite some accusations of me being biased towards the Americans in this lineup. 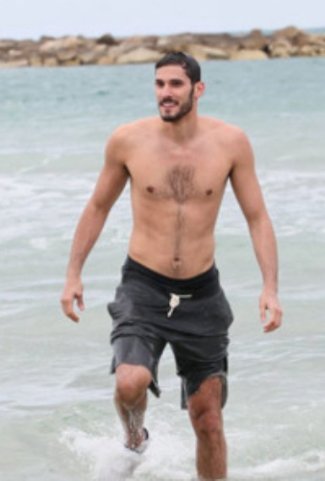 Although Omri Casspi puts up a good fight, the winner here has to be Peja. 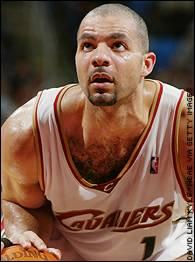 We’ve seen it in the NBA and we’ve seen it on Survivor. Pollard’s Chest hair takes the cake.

This matchup features the two hardest hitters in this competition. Not only do both men have chest hair, but they both have shoulder and back hair too. It’s close, but I had give it to Neal in the end. Gotta respect the vintage chest hair.